President Trump's critics may not like to admit it, but there's an element of truth in the racist tweets he sent this weekend.

Trump told four nonwhite Democratic congresswomen that they should "go back" to the "crime infested places" where they came from, even though three of the four were born in the US and the fourth is a naturalized citizen.

Critics pounced. But in some ways those four lawmakers -- Democratic Reps. Alexandria Ocasio-Cortez , Ilhan Omar, Rashida Tlaib and Ayanna Pressley -- really do belong to another country.

In one America, people speak out in protest after a President claims that African, Haitian, and Salvadoran immigrants come from "sh**hole" countries. In the other America, people nod in agreement.

In one America, people become outraged when administration officials snatch migrant children from their mothers' arms and detain them for weeks in filthy conditions with no repercussions. In the other America, people remain silent.

It's been said that Trump's comments about immigrants reveal that he really doesn't understand America. The US was built on the concept of a melting pot, and immigrants are making the nation stronger, some say. 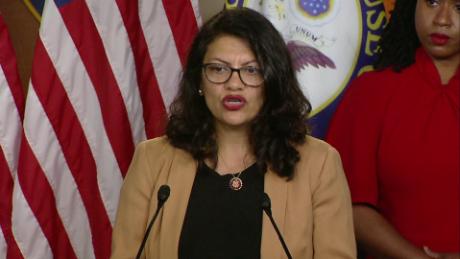 Tlaib: We know this is who Trump is

But Trump's recent tweets could show that he understands America better than his critics realize.

These two Americas have long co-existed.

One is the country represented by the Statue of Liberty, and its invitation to poor and tired immigrants "yearning to breathe free."

The other is the one that virtually wiped out Native Americans, enslaved Africans, excluded Chinese immigrants in the late 19th century and put Japanese Americans in concentration camps.

From the rarified perch of the White House, Trump's racist tweets tap into the id of this other America.

And here's what's so frightening about this: It is not a big stretch to say that when a leader uses the kind of language that Trump uses against minorities, it may increase the chances of violence being used against them.

I recall what Mark Naison, a historian at Fordham University, told me after the Charlottesville violence in 2017 when talking about Trump's racial rhetoric.

He says most Americans don't realize how dangerous it is for a leader to talk about fellow citizens as if they're the enemy. But some people from other countries know. 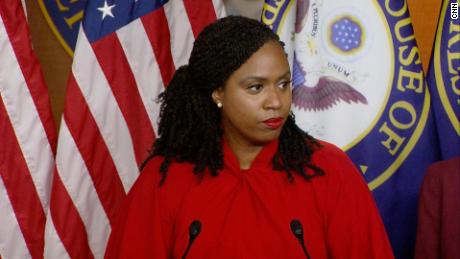 Naison recalled a conversation he once had with some Trump supporters.

"I told these guys, 'You can't control this. You're playing with fire,'" Naison says. "Open violent communal warfare is scary. You can't control it. Look at what happened in the Balkans, Northern Ireland, Israel."

The United States must become one thing or the other

Historical analogies, of course, are tricky.

I've heard commentators say we're on the verge of a second Civil War. That makes a mockery of the carnage of that war, where at least 600,000 Americans were killed.

Yet there is another 19th-century parallel that resonates. One commentator recently said we're on the brink of a "political civil war."

That comment evoked another era that reminds me of this one -- the decades running up to the Civil War. 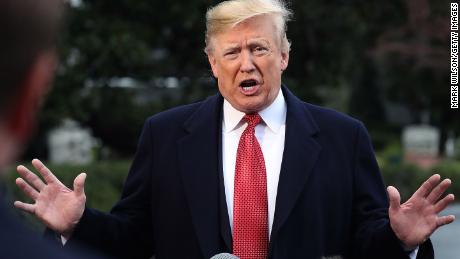 Then, as now, we were splitting into two different countries. Political compromise was impossible on another issue that revolved around American identity -- slavery. Congressional lawmakers carried pistols on the House and Senate floors.

The impending Civil War was described as "irrepressible conflict" -- the nation would become either a slave-holding nation or a free-labor country. There was no middle ground.

That period also saw the rise of the nation's first anti-immigration party. They were called the "The American Party," otherwise known as the "Know-Nothings." They blamed Irish and German immigrants for rising crime and poverty rates, and riots erupted across America in the 1840s and '50s.

"Party members tended to come from the working classes and had a strong anti-elitist bent," Amy Briggs wrote in National Geographic. "Their platform sought to limit immigration and the influence of Catholicism, and they used ugly ethnic stereotypes to stir up hatred against the recent German and Irish arrivals." 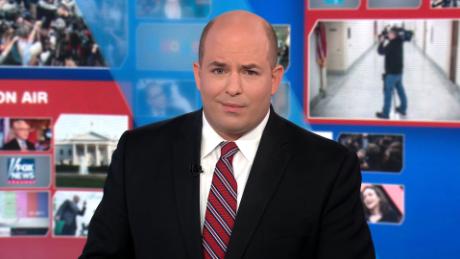 Trump's tweets show we are now in the middle of another "irrepressible conflict." We can't forever be a country that prides itself for welcoming immigrants and religious diversity while also being one that puts immigrant children in cages and shrugs when our President makes racist statements.

To paraphrase another President -- Abraham Lincoln -- we eventually "will become all one thing or all the other."

We can become what one scholar called a "compassionate, multireligious, multiracial democracy."

Or we can become what another called a "hollowed out" democracy, where one ethnic group rules the rest.

The outrage over Trump's tweets will eventually fade. But the choice his racial rhetoric presents to America will be with us for years to come.