Misperceptions persist about Obama's faith, but aren't so widespread

A new CNN/ORC poll finds that although misperceptions about Barack Obama's religious beliefs and background persist, they are not as widespread as some recent polling has suggested. Obama was born in Hawaii and is a Christian.

Overall, when asked "Where was Obama born, as far as you know?" 80% of adults said they believe Obama was born in the United States. The other 20% said that he was born outside the country, including 9% who believe there is solid evidence of that and 11% who say it is just their suspicion.

Misperceptions about Obama's religious beliefs are more common than those about his birth, particularly among Republicans. Overall, 29% of Americans say they think the President is a Muslim, including 43% of Republicans.

While considering a 2011 run for the presidency, Trump raised questions about the president's birthplace, pushing for the release of his long-form birth certificate, and recently told CNN's Anderson Cooper that he didn't know whether Obama was born in the United States.

Obama ultimately did release a certified long-form birth certificate in April 2011, showing he was born at Honolulu's Kapiolani Hospital on August 4, 1961. When asked open-ended where Obama was born, rather than if it was in the United States or outside of it, fully 61% of Trump's supporters said he was born in the United States, as did 71% of all Republican and Republican-leaning voters.

Question wording is the key difference between this survey and those that have found broader doubts about the President's place of birth. When surveying people, they tend to choose a response from among those offered. If a pollster asks "What's your favorite color: red, green, orange or purple?" blue would barely register, since the respondent would have to think of it on their own, and orange would likely do better than if the pollster had asked the question without using a list.

In the far more weighty case of Obama's history, it is easier for a respondent to say Obama was born in another country when the choice offered is "in the United States or not," than it is when they are asked to recall a place unprompted. 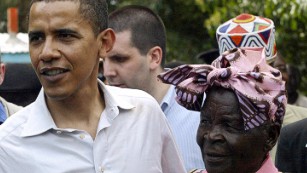 Kenyan roots: Meet the other Obamas 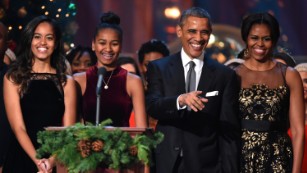 Although nearly three in 10 say they think Obama is a Muslim, a plurality of Americans say he is a Christian. Among all adults, 39% say they believe Obama is a Protestant or other Christian, 4% think he's Catholic, 2% Mormon, 1% Jewish and 1% something else. Another 11% say he's not religious, and 14% that they just don't know. There's a wide education gap here, with most college grads believing Obama is a Protestant (63%) compared with just 28% of those who do not have college degrees.

The partisan divide is nearly as large, with 61% of Democrats saying Obama is a Protestant, vs. 32% of independents and 28% of Republicans. But the 43% of Republicans and 54% of Trump supporters who say they believe Obama is a Muslim is a smaller share than in other recent polling which asked only whether Obama is a Christian or a Muslim.

The CNN/ORC Poll was conducted by telephone September 4-8 among a random national sample of 1,012 adults. Results for the full sample have a margin of sampling error of plus or minus 3 percentage points.