Hong Kong asked domestic workers to stay in to stop the spread of coronavirus. But many got infected at home by their employers When the coronavirus outbreak reached Hong Kong, domestic worker Jinkie Alhambra followed guidance from the government and stayed home on her day off.

But she ended up getting infected anyway, inside the apartment where she lives with her employer.

"That's the irony of it," the 48-year-old Filipina said during a Skype interview from a hospital. "(I was) kind of frustrated but you have to move on, to face it, you can't hold a grudge."

Foreign domestic workers are required to live with their employers by law in Hong Kong. Days off are often spent with friends in public spaces but on January 30, the government appealed to the city's 390,000 domestic workers, urging them to stay home to contain the spread of the virus.

So far, 13 domestic workers from the Philippines have tested positive for the coronavirus in Hong Kong.

The Philippine consulate says most of them were infected by their employers who had traveled abroad.

As the number of imported cases in the city continues to rise, domestic workers are facing increasingly challenging conditions.

For more than two months, Hong Kong appeared to have largely contained the spread of the coronavirus, with only an incremental daily uptick in cases.

But in recent weeks the numbers have soared to more than 580, at least 400 of which were reported in the last two weeks -- many imported by those returning from trips abroad.

Alhambra said her employer had recently been on a tour of India.

After the India trip, she said her employer briefly returned to Hong Kong before flying to Canada.

Canadian authorities then alerted Hong Kong that the employer tested positive for the virus.

The Hong Kong government says Alhambra and another member of her employer's family later tested positive for the virus, detailed in a March 10 press release. 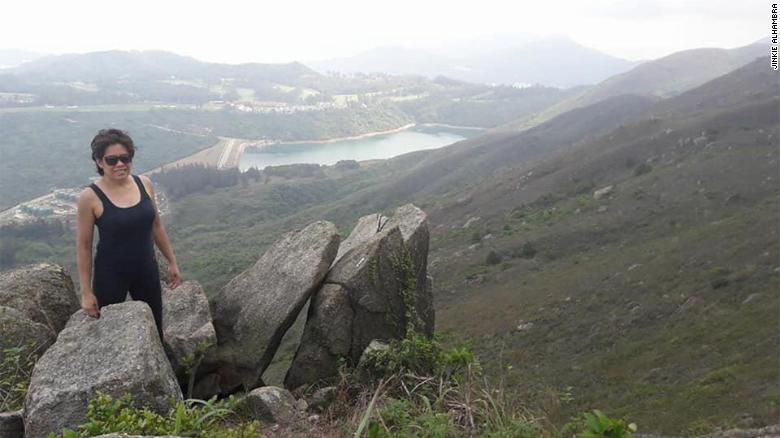 Jinkie Alhambra, a 48-year-old domestic worker from the Philippines, spends her free time exploring the mountain trails of Hong Kong.

Alhambra, a married mother-of-two, who said she has been an overseas domestic worker for 15 years, having completed stints in Dubai, Singapore, as well as Hong Kong, says she began feeling sick in early March.

"Prior to my hospitalization, my head is throbbing, I have a terrible sore throat, I have a low grade fever, but then my eyes are burning, then this terrible dry cough," said Alhambra.

More vulnerable than ever

The coronavirus pandemic has left the domestic worker population more vulnerable than ever.

"Domestic workers are facing a lot of risks because they take care of families, elderly people, and the sick," said Elizabeth Tang, from the International Domestic Workers Federation. "They don't have social protections like sick leave allowance, unemployment allowance, and if you look at the relief packages, most of them exclude domestic workers."

One of the economic relief measures, announced by the government on February 26, stated that all Hong Kong permanent residents could apply for a cash handout of nearly $1,300 ($10,000 HKD). Foreign domestic workers can't apply for the money, because they are not eligible to apply for permanent residency in Hong Kong, no matter how long they have lived in the city.

Because of the situation here in Hong Kong, if I can't get another job, how can I support (my kids)?

Acel Bungcayao, a domestic worker from the Philippines

Acel Bungcayao, a domestic worker from the Philippines, says she lost her job because of the coronavirus.

The 38-year-old says after her former employer, a pilot for Cathay Pacific, was asked to take unpaid leave by the company, the family decided to return to Australia.

"I feel so sad, worried," Bungcayao said over WhatsApp. "Because of the Covid-19 I lost my job."

The law mandating that domestic workers live in the residence of their employer means that when they lose their job, they also lose their home.

"Because of the situation here in Hong Kong, if I can't get another job, how can I support (my kids)?" she explained. 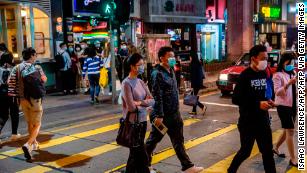 Hong Kong appeared to have the coronavirus under control, then it let its guard down

Bungcayao said she was able to stay in the family's home until their rental contract expired, but now has to move into a boarding house. She said she believes she has found a position beginning in May.

Another issue facing domestic workers is that they are legally required to return to their home country between contracts.

However, travel restrictions have made returning home challenging. On February 2, the Philippines banned entry from travelers coming from China and Hong Kong, although a few weeks later it added an exception for domestic workers to allow them to travel. Now, when workers return to Hong Kong, they have to go through a mandatory 14-day quarantine.

To ease the impact of these restrictions, the Hong Kong government introduced a "flexibility arrangement" on February 4, to allow the extension of contracts and visas for domestic workers. 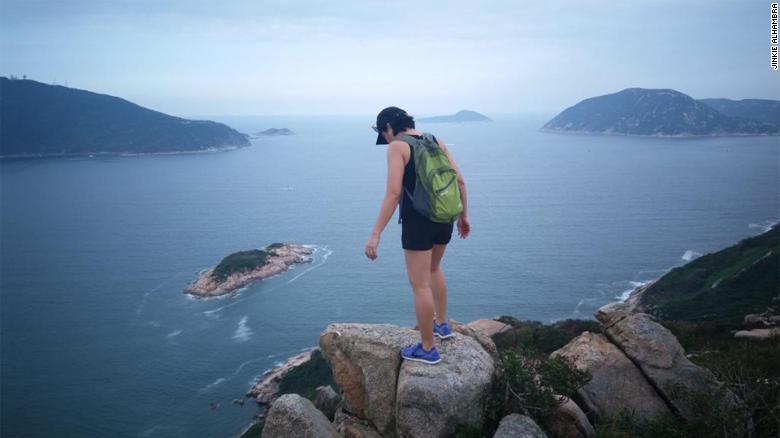 Jinkie Alhambra, a 48-year-old domestic worker from the Philippines, on her day off in Hong Kong.

All Hong Kong residents with Covid-19 receive free treatment and Alhambra is still getting paid during her recovery.

"I'm just hanging on, praying, keeping myself entertained, Netflixing, things like that," she says.

She had hoped to be discharged on Sunday. Alhambra says she received anti-viral drugs normally used for HIV patients, approved for trial in Hong Kong earlier this month. She is now feeling better, and has had two negative test results.

But then came a third test -- and it was positive. In Hong Kong, COVID-19 patients need three consecutive negative tests before they can be released from hospital. She was told her viral loads were "going haywire" and would have to stay in hospital longer.

Alhambra has a message for others going through the coronavirus.

"I hope everybody should not be too complacent," she says. "Whether you're rich, you're poor, you're black or white.

"(Be) very, very careful. They have to take it seriously, they don't have to take chances, they have to sacrifice a little bit of their freedom for the good of everybody."