After the Saudi oil attacks, all options carry great risk After this weekend's attacks on the world's largest oil processing plant, the questions are simple: Who did it, from where and what will the response be?

But, amid a flurry of mixed signals, the answers are not so straightforward.

The drumbeat to hold Iran responsible is getting louder -- and what happens next will have a profound bearing on the future of an entire region.

US Secretary of State Mike Pompeo was in no doubt Saturday about who had carried out the attacks on the Abqaiq plant and a Saudi oil field, taking out 5.7 million barrels a day of production. "Iran has now launched an unprecedented attack on the world's energy supply," he tweeted.

Hours after Houthi rebels in Yemen claimed responsibility for the attacks, Pompeo retorted: "There is no evidence the attacks came from Yemen." 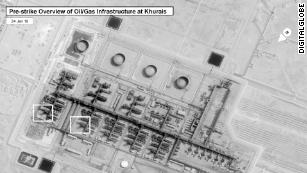 Trump: US 'locked and loaded depending on verification' of attack on Saudi oil field

US President Donald Trump was belligerent, but less conclusive. He tweeted Sunday that the US was "locked and loaded depending on verification," suggesting a military response, but deferred to Saudi Arabia to identify the culprits. Then on Monday, he leaned toward blaming Iran, tweeting: "They say that they had nothing to do with the attack on Saudi Arabia. We'll see?"

Late Sunday, US officials released satellite imagery indicating the attack had come from the north -- Yemen is south of Saudi Arabia -- and that there were 17 points of impact at Abqaiq, seven more than the number of drones the Houthis claimed to have sent. They floated the possibility that a mix of drones and missiles had been launched from Iran itself or southern Iraq, where Iran's al-Quds force has a substantial presence.

On Monday, another US official said the attacks did not originate from Iraq. The Iraqi government is trying desperately not to pick sides in the growing US-Iran confrontation, and has vehemently denied its territory could have been used to launch the strikes.

After holding their counsel over the weekend, the Saudis declared Monday that the attacks were not caused by the Houthis or launched from Yemen, but stopped short of suggesting where they had been launched from.

"All practical evidence and indicators and the weapons used in both attacks show preliminarily that these are Iranian weapons," Saudi-led coalition spokesman Lieutenant Colonel Turki al-Malki said, without providing details on the weapons.

That leaves us with plenty of negatives -- and not much in the way of a "positive ID."

Much will depend on whether US intelligence agencies, working with the Saudis, can uncover conclusive evidence pointing to the source of the attack.

If the evidence supports Pompeo's analysis that this was Iranian-owned and operated, it is difficult to imagine there being no retaliation against Iran. The sophistication and severity of the attack would be a step change from harassment of tankers and the occasional shooting down of drones in the Gulf: this took out 5% of global oil production in minutes. 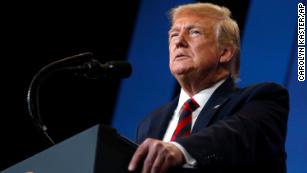 The various scenarios are complicated by both the unpredictability of the White House and the opaque processes of decision-making in Iran.

In June, the US came within minutes of a strike against sites in Iran belonging to the Iranian Revolutionary Guards Corps (IRGC) before Trump called them off.

Last week, Pompeo said Trump would be willing to meet Iranian President Hassan Rouhani "with no preconditions" -- something the President himself had said in June. Trump then contradicted both his Secretary of State and himself, while blaming the media.

It's difficult to assess what Trump's red line is with Iran; he is averse to foreign entanglements, regarding them as expensive distractions from putting "America First." John Bolton, perhaps his most hawkish adviser on Iran, has just left the White House.

Ian Bremmer, founder of the geopolitical consulting firm Eurasia Group, makes the point that "the extraordinary diversity of top advisers -- in their experience, temperament and ideology" (and perhaps their turnover) makes reading the administration's intentions a hazardous occupation. 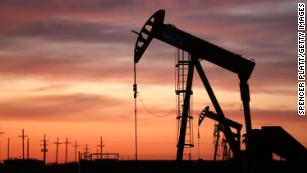 At some point, however, the concept of deterrence has to be weaponized to mean something. The Washington Institute noted back in July that, "So far, there has effectively been no response to Iran's provocations; while President Trump is right to wish to avoid war, there are plenty of options on the spectrum between war and inaction."

The United States' Gulf allies want assurances that America has their back; so far, a summer of escalation, either by Iran or its proxies has not generated a response beyond a tightening of US sanctions.

It's equally a challenge to discern Iran's tactics. The hardliners in the IRGC, more moderate elements in Rouhani's government and the religious leadership are all part of an impenetrable decision-making process. Some analysts wonder whether the IRGC carried out this operation to ensure any chance of dialogue would be quashed; others believe that such a drastic escalation would have required consensus in Tehran.

But if Iran is implicated in the attack, the timing -- days before President Rouhani goes to the UN General Assembly in New York -- won't help him project an image of injured innocence.

A military response to the attacks would almost certainly disrupt and maybe even destroy the painstaking work, led by France, to bring Iran back into compliance with the nuclear deal in return for relief from crippling US sanctions. The French have been proposing a $15 billion line of credit for Tehran, but want Washington's acquiescence. President Trump had appeared sympathetic to the idea, but other Administration officials have resisted it.

Retaliation any greater than a token strike (think Syria 2016) would prod the nuclear deal -- the JCPOA -- another step closer to collapsing, 16 months after Trump withdrew the United States from the agreement. 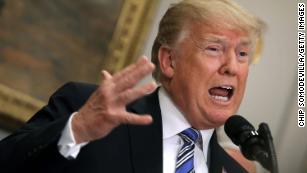 Trump's warning to Iran raises fears of war -- and confusion

So the region is at a dangerous crossroads, where retaliation could quickly breed escalation. Martin Griffiths, the UN special envoy for Yemen, says: "Of one thing we can be certain, and that is that this very serious incident makes the chances of a regional conflict that much higher."

While there may be many uncertainties, the resilience of Iran's regional policy isn't one of them. It has spent decades and billions in pursuit of what it calls "absolute security" by expanding its influence from Lebanon to Yemen, challenging the US role in the region and confronting the Sunni powers of the Arab world.

As the Soufan Center, a global security nonprofit group, wrote in May: "Iran's regional tactics are difficult to disrupt with US or even global sanctions, insofar as Iran's efforts are inexpensive and involve working with partners that have established support bases in the countries where they operate."

Those partners include the Houthis, Hezbollah in Lebanon and Shia militia in Iraq. Hezbollah's leader, Sheikh Hassan Nasrallah, said in June: "The US knows well that any war on Iran will not remain confined to Iran's borders. The entire region will burn."

These groups are Iran's insurance cards, scattered across thousands of miles.

The long-term conundrum of how to contain and even reverse those ambitions will persist long after the smoke has cleared from Abqaiq.